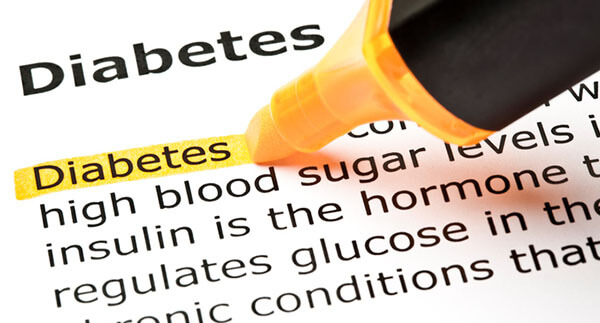 18 Surprising Diabetes Facts You Must Know

More than 29 million Americans, or roughly 10%, of our total population have diabetes. Even though it’s a common disorder, interestingly, many of us are not aware of certain important facts about the history of the condition and how it affects the body. Let’s look at 18 interesting facts about diabetes.

The literal meaning of diabetes is “flowing through”. The name, given by Greek Physician Aretaeus, originates from a noticeable increase in the urine frequency of patients. In fact, increased urine frequency is the first-ever identified symptom of diabetes, more than 1200 years ago. Given the excessive urination associated with the condition, at one point it was known as ‘Pissing Evil.’

Since it is characterized by frequent urination, diabetes was considered a kidney disease until the 18th century. It was first mentioned in 1500 BC in Egyptian manuscripts.

The full name of the condition is ‘Diabetes Mellitus.’ The term mellitus was coined by Thomas Willis the late 1600s. Dr. Willis, an English physician, was also the founding member of the Royal Society, the world’s oldest scientific academy. Mellitus means sweetened honey. Since the urine of a diabetic is sweet, the word mellitus was added to its name.

Interestingly, in old times, diabetes was diagnosed by tasting the patient’s urine for sweetness. A group of people, known as ‘water-testers’, specialized in the process. Back then, there was another simple way of diagnosing diabetes, which again was based on sweetness of the urine. The urine of a suspected diabetic was observed to check whether any ants or flies collected around it. If they did, it was believed the patient had diabetes.

Diabetics face two main complications: Either their pancreas don’t produce enough insulin, or they produce enough but their cells are unable to utilize it. Both complications result in excess sugar in the blood. Although diabetes had been in existence for long, the role of pancreas in the disease was not known until 1889. The discovery of insulin in 1921-22 was a path-breaking event in the treatment of diabetes, particularly Type 1. In fact, before insulin was discovered, Type 1 diabetes was considered as fatal.

Insulin plays a major role in helping cells to convert sugar obtained from food into energy. Insulin as a medicine was discovered by Dr. Fredrick Banting at the University of Toronto. It was first administered on a young boy who was dying at a hospital in Toronto, and insulin saved his life.

The name insulin was coined by Sir Edward Albert Sharpey. He discovered that people with diabetes were lacking a unique chemical that was normally produced by the pancreas. He named it insulin based on the Latin word Insula, which means island, referring to the insulin-producing islets in the pancreas.

Type 1 and Type 2 diabetes were associated with children and obesity respectively. Indian physicians Sushruta and Charaka had talked about this difference in 400-500 CE.

Diabetes is a disease of the whole body. It is not an insular disease, restricted to any particular organ. It is called “sugar” in daily conversations to denote elevated levels of sugar in the blood of diabetics. This elevated sugar impacts the normal functioning of the body in various ways.

Unutilized extra insulin circulating in the blood can harm the skin, because it can sometimes trigger skin cells to reproduce themselves rapidly. The resultant skin cells have more melanin, a pigment which can make the skin dark. This can lead to dark patches in certain parts of the skin. And it’s for this reason that dark and velvety patches in the underarms, the groin and the neck are indicators of diabetes.

Unutilized extra insulin also starts affecting the brain by tempering with its chemistry. It leads to formation of toxic proteins that can poison brain cells. Incidentally, these same proteins are a cause of Alzheimer’s. While most diabetics focus on their diet and weight to control their diabetes, they remain totally unmindful of the impending harm to their brain. These challenges come to the fore only when diabetes turns into full blown Alzheimer’s disease.

Excessive glucose attracts yeast, which is the reason why diabetes comes with a host of fungal infections.

Elevated glucose also affects the circulatory system of the body leading to hardening of arteries, delayed wound healing and tingling in nerves.

Image Courtesy: All about Vision

An elevated blood sugar can also affect eye health. It does so by putting pressure on the small blood vessels, which are responsible for a healthy retina, and damaging them. As a result, the eyes start to weaken and leak blood and fluid into the retina. As the condition gets worse, more blood vessels get blocked. This extra pressure can even cause the retina to detach. It can also lead to glaucoma and other severe problems such as blindness.

Diabetics also suffer from polyphagia (excessive hunger). They continue to lose weight even after sufficient intake of food. Typically, the sugar obtained from food gets converted into energy with the help of insulin. However, that doesn’t happen in diabetes, because the patients either have inadequate insulin or are suffering from insulin resistance. As a result, the brain starts using muscle and fat for energy, leading to weight loss.

Cinnamon is considered to be beneficial for diabetes as it activates enzymes that help absorb insulin. Other helpful foods for diabetics are chia seeds due to their viscous fiber and bitter gourd as it has insulin in its seeds. Chromium is also recommended to diabetics because of its effectiveness in metabolizing carbohydrates.

Exercise can play a major role in the utilization of insulin, in the case of insulin-resistant diabetes. Exercise is said to have the potential to pique cells into opening, thereby helping them utilize insulin.

Knowing these simple facts can help diabetics manage their condition better. Another lesser-known fact is that diabetes isn’t a permanent condition. It is completely reversible, provided one takes care of their diet and lifestyle.

Ritu is a freelance writer specialising on health, fitness and food. She is a certified educationist and has a Masters in Business Administration. She strongly believes in the dictum, “If you don’t take care of your body, where are you going to live?”